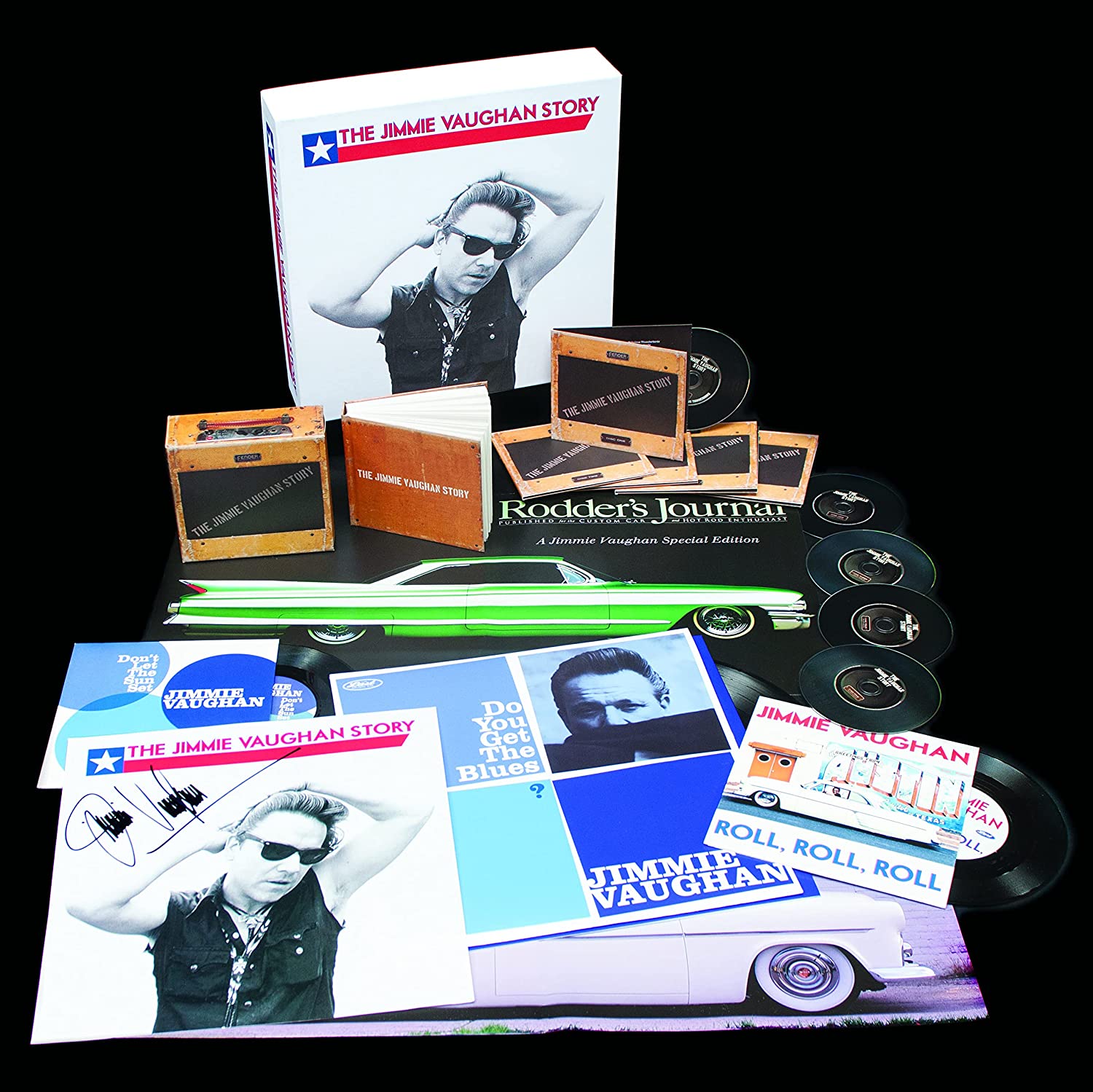 At Last: The Jimmie Vaughan Story Out September 17th!

Blues guitarists have been the foundation of American music for more than a hundred years, back to early acoustic musicians performing in the Deep South. The evolution of the blues has been one of the truly captivating legacies of popular music in America, from early jazz to even country and, to everlasting success, rock ’n’ roll.

The guitarists in the pantheon of blues players reads like a Who’s Who of the world's finest musicians, and for the past 50-plus years one of those people has been Jimmie Vaughan The guitarist fell in love with that most moving of styles when he was still a young teenager in early 1960s Dallas, Texas, and while it took him a few years to find a true home for what he heard in his head and felt in his heart, once he got to Austin in 1969 and found some fellow blues lovers, he set off on a journey that still continues, playing the blues whenever and however he hears it. The man has spent countless years treating the blues with full respect.

The Last Mjusic Company's guiding light Malcolm Mills took on the mission a few years ago to create The Jimmie Vaughan Story a five-CD box set that captures Vaughan's blues journey, starting with some of his earliest recordings from the mid-1960s and continuing all the way to his most recent in the 2020s. The result is a stunning collection of not only music, but really Vaughan’s history, on the record and in person.

From early bands Storm through the Fabulous Thunderbirds, including previously unreleased recordings with producers Joel Dorn and Doc Pomus; Jimmie’s collaboration with brother Stevie Ray Vaughan on 1990's award-winning Family Style album; and into the past 30 years of duets, shared albums and solo releases featuring a divergence of styles, the box showcases Jimmie’s take on the blues. Jimmie Vaughan built a world of blues from the only sound that completely captured him as a very young Texan. He is often seen as being in a party of one in this pursuit, and he wouldn't have it any other way.

Along with all the powerful music and newly discovered recordings on The Jimmie Vaughan Story, there is a treasure trove of never-before-seen photos and writings in the gorgeous book included in the set. There are images of the Vaughan family, including childhood photos of Jimmie, Stevie and their parents, and a bonanza of photos that illustrate, tour-guide-like, Jimmie’s entire career, from childhood onward to today. Among the writings is an interview from the 1978 Austin Sun, considered to be the first Jimmie Vaughan ever did, along with an essay by journalist and record producer Bill Bentley, and Jimmie’s life story in his own words: a lifetime of memories, historical occurrences and family insights, all shared now for the first time.‍‍

‍The Jimmie Vaughan Story is a unique collection of music, words, and images, the kind of release that can only come based on a life of belief in the blues. It has given Vaughan an ability to take the music he loves so much on a worldwide journey of discovery, and one he is devoted to sharing with others. Listen, see and read how he’s lived it, and where it might be going.

EXCLUSIVE OFFER: PREORDER "THE JIMMIE VAUGHAN STORY" FROM OUR MERCH PAGE BY AUGUST 20TH AND GET A FREE TEE SHIRT!