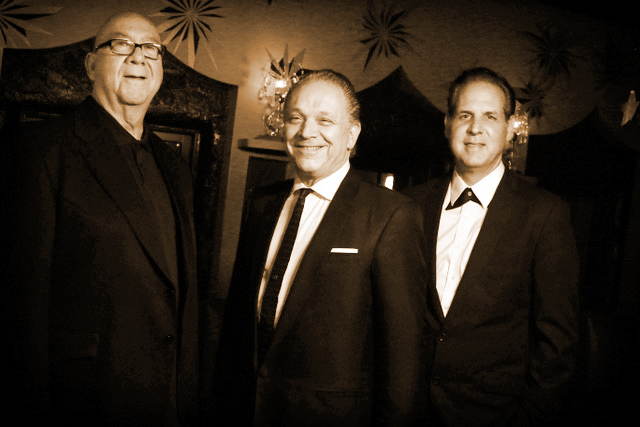 For Jimmie Vaughan, his Fender Stratocaster electric guitar has always been his ride of choice to get to that new place. He started playing young, and when the blues of Freddie King and Frankie Lee Sims crawled deep inside his young soul, it would stay there forever. As he started playing in Dallas as a teenager, there was never even another choice. “If I didn't do this, there wasn't any other plan. But even as a kid I knew I loved music, and particularly the blues.”

For the past 50-something years, music has been the guiding light for Vaughan. Early bands in Dallas playing music that wasn't quite what he wanted to hear lead to a move to Austin at the very beginning of the 1970s. The young man hitchhiked there, but not before carving his initials JLV into the back of his Fender. "I knew that if someone knocked me on the back of the head and stole my guitar, and then later I ran into them with it, I could show it was mine by those initials on the back." Always aware of life's unexpectancies, this was someone not to be dismissed lightly.

As the '70s quickly geared up and early band Storm lead to the formation of the Fabulous Thunderbirds, it looked like the sky was the limit. And it was for 15 years, until it wasn't anymore. It was time for a change, and as someone who trusted himself more than any other, Jimmie Vaughan started a true solo career, including taking over vocals with his band. The albums kept coming, touring took him around the world again, and Jimmie Vaughan’s heart was full. Except for that one thing he could not get enough of: the Hammond organ. It was a sound he’d always been drawn to, back to the ‘60s and organists like Jimmy McGriff, Jimmy Smith, Bill Doggett, Jack McDuff and Big John Patton.

Previously Vaughan had played with Bill Willis in his band. Bill was the house bass player at King Records and had learned to play organ from Bill Doggett. When Bill Willis passed away, Jimmie changed the sound of his band as there was no replacing him.

Years later, Jimmie stopped into a club in Austin to hear Mike Flanigin and Barry “Frosty” Smith play. “When I heard Mike Flanigin and Frosty play, it made me want to get back into that organ trio sound that I loved from the 60’s. Mike was smokin’ on the B3. He had studied with John Patton and loved all the same great music.” Frosty and Vaughan were born on the same day, brothers of the Equinox on March 20, and had the same rules for how songs needed to work. The drummer’s first band in the Bay Area in the ‘60s was an organ trio, then to play later with Lee Michaels and many hit makers before coming into the Austin scene.

Soon after, when Jimmie wasn’t on the road, he began sitting in with them, and it became the “cool” thing to catch in Austin.

So with Smith and Flanigin, the Jimmie Vaughan Trio was born. And when it moved into C-Boy’s a few years ago for frolicking Friday-Saturday night stands it really did appear the circle was complete.The only thing missing, as the trio was driving audiences wild weekend after weekend, was an album. And the only kind of album that made any sense at all was one recorded live at C-Boy's. That was where the action was, where the sweat hit the floor and the floor swayed as one under the band and the dancers. This was Austin, where live music is no small thing, and this was Jimmie Vaughan, surely the city's musical hometown hero going all the way back to 1970. When albums get recorded, the first thing to be decided is often what songs to include. For Jimmie Vaughan he had that action covered. Here's what got picked.

"You Can't Sit Down." Originally recorded by Phil Upchurch in the early '60s, Vaughan has vivid memories of hearing it. "I was 12 years old and I'd get on my bike and ride down to the Dairy Queen with my quarter and played 'You Can't Sit Down' five times in a row. How could I not. There was something explosive about then, and there's something just as explosive now. It's like a theme song to a small riot, one that is still going on."

"Hey! Baby."Bruce Chanel, with roadhouse veteran Delbert McClinton on harmonica, had a massive hit with the single pre-Beatles, and never looked back. Vaughan says that even today, this song casts a unique spell on the crowd, with Mike Flanigin's vocals pushing it to the extreme. "We'll start playing and the whole room with light up with singers, all joining in on the chorus. It happens everywhere. When we played Madison Square Garden with Eric Clapton, the whole Garden was singing along. That's something to hear: 20,000 people joining in on "Hey hey baby, I want to know if you'll be my girl." Me and Mike and Frosty would just look at each other with huge grins on our faces. But there are certain irresistible songs in music that never disappear. 'Hey! Baby' is one of them."

"Can't Buy Me Love." Surely one of the most forward-flailing covers of a Beatles song in history, redone as an instrumental, it's almost like the Count Basie band has been reduced to three players and set loose like a locomotive engine. "I always heard this in my head without words," Vaughan says. "With these guys, we just crank it up and hold on for dear life. There was no other way for us to play it, and it's kind of cool to do that to the Beatles. They loved American rhythm & blues, especially when they started, and this is a way of giving something back to them."

"Saint James Infirmary." Even though Bobby "Blue" Bland cemented his version of this timeless ballad on listeners forever, there are earlier versions that also hit the king tears. No matter how the song is done, if it's done right, it's a chill bumper of the highest order. Using his guitar to the singing, Jimmie Vaughan takes the chilling class all the way downtown. "I've been listening to this song so long it feels like I could have written it," he says. "And even better, I never get tired of it. That's when you know you have an all-timer on your hands."

"Come on Rock Little Girl." Smokey Smothers is an unsung hero on Chicago's rough and tumble South Side, and this is one of his nuggets. The singer was an early inspiration and true mentor to the earliest version of the Paul Butterfield Blues Band before Michael Bloomfield joined, and he often played with them. Smothers has never given up on the blues. Which is one reason the Jimmie Vaughan Trio pushes the limits on Smothers' sound all the way into the red and beyond. Mike Flanigin takes his second vocal on the album and lights a fuse that cannot be put out. A crowd-pleaser from note one, C-Boy's club almost falls off its foundation when the dancers are done on this one.

"Dirty Work at the Crossroads." Clarence "Gatemouth" Brown is a pillar of Texas-Louisiana electric guitar blues, coming out of the Golden Triangle area of Port Arthur-Beaumont-Lake Charles. He took the six-strings into places they had never been, starting with "Okie Dokie Stomp" in the early '50s, and helped put Houston's Peacock Records on the map. "Gatemouth should get a lot of credit for really getting blues out there. After T-Bone Walker knocked down the door, Brown was the man who spread the word on what the electric guitar was capable of. He played great his whole life too, going into country and jazz and generally showing us guitarists the way in a lot of different styles. 'Dirty Work at the Crossroads' has that thing that songs do when they get under your skin, and I figured I wanted to sing something on the album and knew this was the one. I still get goosebumps when I do it, because I believe the song is 100% true. I've seen it."

"Frame for the Blues." Slide Hampton wrote this swinging exploration of where jazz meets blues, and while others had covered it over the years none have quite equaled Hampton's version. "It's like this song defines all the things that blues can be," Vaughan says. "I never thought blues could actually be defined with words. It's a feeling, really, and one that comes out in all kinds of different ways with different players. So this song hangs a frame around the music with hemming it in. It's more like it gives you a taste of all the things the blues can be. Which is why blues never dies. It doesn't have to. It can keep growing."

"Cleo's Mood." Ask any great band how they like to leave a crowd begging for more at the end of a set, and this song is the definition of that wildness. When Jr. Walker & the All-Stars recorded it on their first album, "Shotgun" was the song that got all the attention. Rightly so, too, because very few singles of that era could beat the best song ever named after a gun. "Cleo's Mood," on the other hand, was as sultry as sultry gets, and likely got played faithfully in burlesque clubs around the world for many years. The Jimmie Vaughan Trio knows exactly what to do with it. "Junior Walker was one of the baddest-ass musicians ever. He had a way of making an audience lose their minds. There's something about a tenor saxophone that is pure sex," Vaughan says. It's like an extension of the person who's playing it, and it's crying tone and wailing power doesn't get any better. Junior Walker had a ferocious delivery. He'd get down on his back and keep blowing at the ceiling, or whatever it took to let people know he was one of a kind. Other artists, from the very biggest, didn't like to follow him because when he left the stage it was like a crime had been committed. The audience was tore up."

Tore-up is a good way to describe the sensations of Jimmie Vaughan's latest excursion in his lifelong quest to get to the core of what it means to be human. He knows it's impossible to ever arrive all the way there, and why would he want to? It's the journey that matters, not the final destination. "I started out listening to Lightnin' Hopkins, Jimmy Reed, Frankie Lee Sims, and guys like that when I was young, never dreaming then that I could do what they do. And then one day in the mid-'60s I heard Eric Clapton playing guitar on the radio, and when he came on I thought, 'Hey, wait a minute. If he can do that I can too.' I realized it was okay to try. And I'm still trying."
‍

Listen to LIVE AT C-BOY's here->