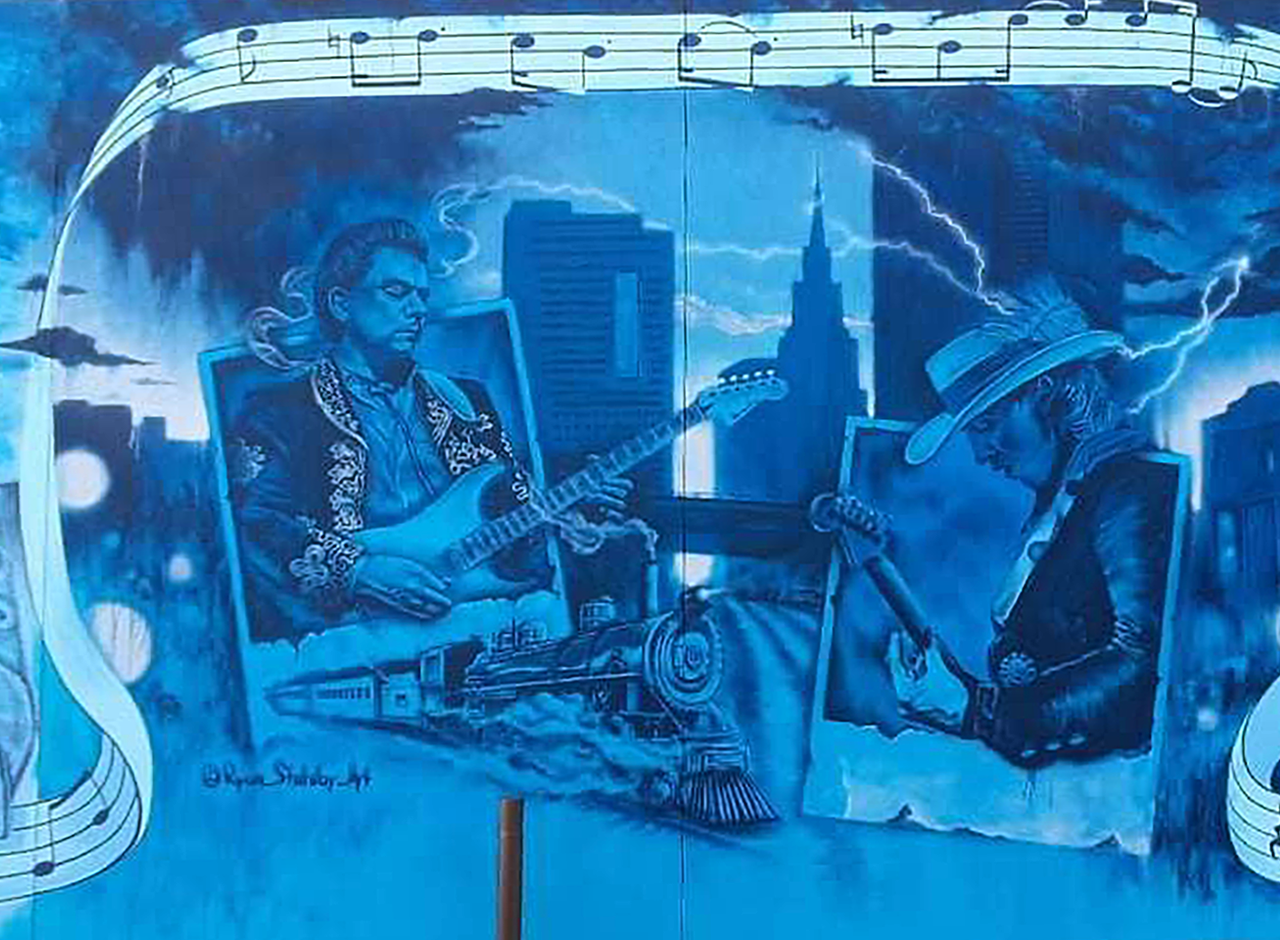 The Vaughan Brothers are featured in a new mural.

A new mural project in Deep Ellum, the live music capitol of North  Texas in Dallas, shines a light on Dallas’ influence over the Blues music genre by highlighting some of the city’s own.

“The Blues musicians were the ones who were the entertainers of the time,” said Dan Colcer. “The whole idea behind the blues alley is to pay tribute to these guys..."

Blues Alley consists of several murals lining the walls of Clover Street, between Henry Street and Malcolm X Boulevard. To bring the idea to life, the Colcers teamed up with the Deep Ellum Foundation and selected a handful of North Texas artists to participate.  artists were asked to use different shades of blue for their creations. Considering the history of Deep Ellum as a Freedman’s Town, Colcer said they were careful to include Black and immigrant artists.

Watch the video below to learn more, and make sure you have a look the next time you're in Dallas.