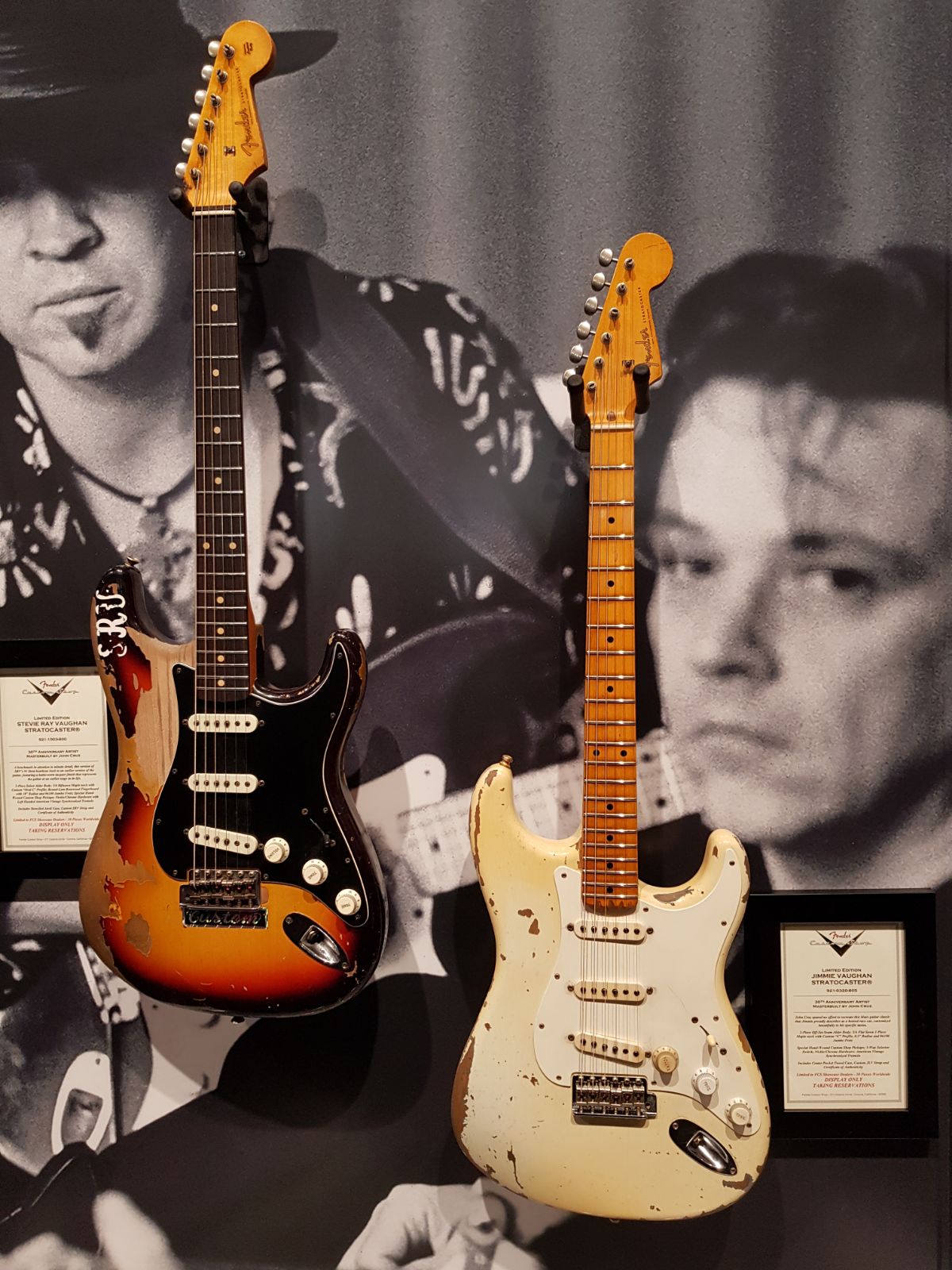 Fender Custom Shop has announced a limited edition set of Stratocasters - as an homage to both Stevie Ray Vaughan and Jimmie Vaughan, Masterbuilt by John Cruz. Made for the 30th anniversary of the Custom Shop, only 30 sets will be available.

The Limited Edition Jimmie Vaughan Strat  is based on Jimmie's original late '70s white Strat that he personalized. He had added a late '50s maple neck, and further touches included a new Fender decal, larger frets, and a pin-up girl graphic. The John Cruz recreation is an exact spitting image of the oiginal, and is loaded with hand-wound custom single coils, a '57 C flat-sawn neck, a 9.5" radius, and large 6100 frets.

The Limited Edition Stevie Ray Vaughan Strat is probably one of the most recognizable Strats ever, this Stevie Ray Vaughan replica Strat is recreated with painstaking detail. Originally dubbed his "first wife", Stevie's original was heavily road worn, and had his initials in plain site. The replica has taken on these details, as well as cigarette burns and the left handed tremolo bridge. It also features a 10" radius round-lam rosewood fingerboard, and 21 #6100 frets.