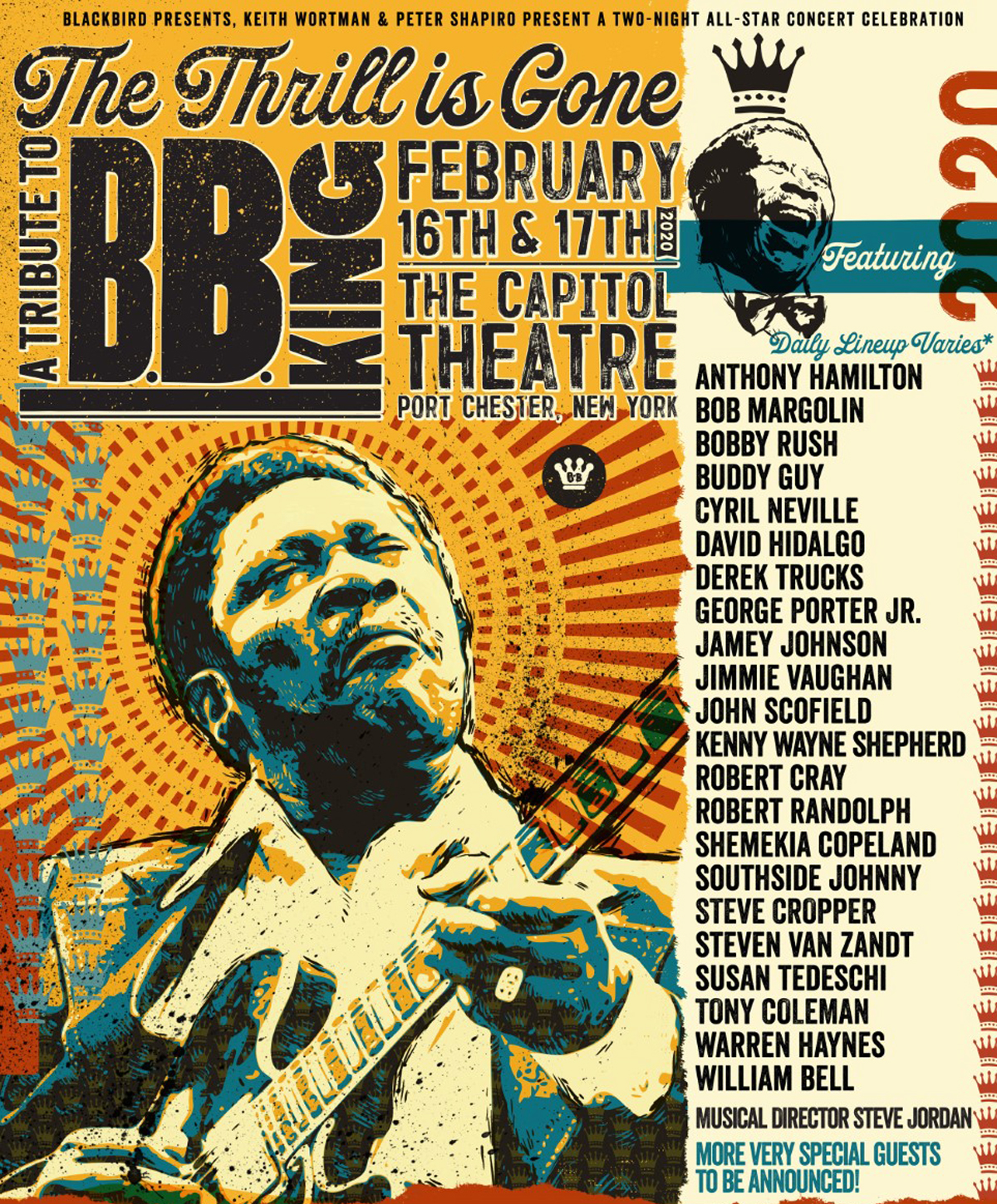 The Thrill Is Gone: A Tribute To B.B. King

Fans can purchase a one-day or two-day ticket. Special VIP packages, including exclusive concert merchandise will be available to purchase. A portion of proceeds from The Thrill Is Gone: A Tribute To B.B. King will benefit the Seva Foundation, a global nonprofit eye care organization that transforms lives and strengthens communities by restoring sight and preventing blindness. The SEVA Foundation was co-founded by Wavy Gravy, a close friend of B.B. King for over 40 years and whose moniker was given to him by King at the Texas International Pop Festival in 1969.